Viva offers creative consultancy in the aerial arts, providing hands-on expertise to lift your theatre, circus or television production to the next level.

“I thank you for your help, patience and generosity.”

Darren, Viva's Operations Manager liaises with your technical team to provide the right technical package with show rigging design and equipment. All venue H&S paperwork and insurances for aerial tuition, performance and rigging is included as standard.

If you have an original aerial idea or an unusual space with height and structure, we can work with you to develop an artistic and technical performance solution. We are specialists in interpreting scientific concepts for aerial performance and rigging ‘new to aerial’ venues.

“I wanted to say thank you thank you thank you for such a fantastic press event yesterday. It was such a pleasure working with you all and what great results. A quick scan suggests we even won over the hardest, most cynical of science reporters.

More of this kind of thing please!”

‘New to Aerial’ venues rigged by Viva include:

•     Glyndebourne Opera trapeze consultancy for production of The Bartered Bride.

•     South West Opera Company's Fiddler on the Roof & Phantom of The Opera.

•     The Golden Compass as a flying witch and Eva Green’s flying stunt double.

Click here for video of Sherlock Holmes II and The Golden Compass movie trailers, TV commercials for Sony PS3, Sunny D and doubling for Kate Moss on trapeze for Rimmel.

“Stunt performers of your calibre

are at the heart of our union.”

“You have a great knowledge of so many different parts of the gig... it was invaluable to have you there.”

“Once again, you pulled it out of the bag despite inevitable obstacles, all dealt with with cheerful enthusiasm and your usual optimism. Thank you all for all you did to make it such an amazing party. Everyone was absolutely delighted and feedback has been amazing.” 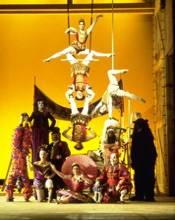 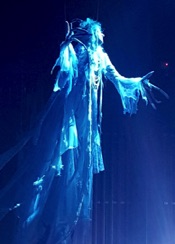 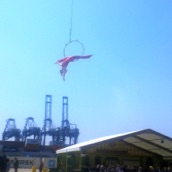 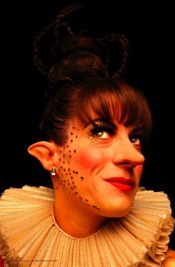